There’s no doubt about it; IVF can be a very costly experience. The postcode lottery of NHS funded IVF cycles that currently exists in the UK means that depending on where you live, you may only have access to one free round of IVF, two if you’re lucky or now three if you live in Scotland (although this only applies to people starting out; if you’re pre-existing patients like us it’s still only 2). Or you may in fact have access to none. I have spoken to lots of couples who have had to travel hundreds of miles for their IVF treatment, simply because the area they live in does not offer it.

And it is not always a given that you will be a candidate for NHS IVF treatment. You have to be eligible under a list of criteria which includes being within a certain BMI range, being a non-smoker, often being within a certain age range and also neither partner having any children from a previous relationship. Because of this many couples turn to private IVF clinics to try and achieve their dream of becoming parents, however with each cycle of IVF costing between £3k and £5k at private clinics in the UK, this is a very expensive time for people, especially with IVF rarely working on a first cycle.

However, with two IVF private cycles under our belt and a potential third on the cards (still undecided), it occurred to me that it is not only the cost of the treatment that makes IVF a very pricey experience; there are a lot of hidden costs too, financial and non-financial.

Firstly, there is the “cheer up” factor. After our first IVF cycle failed, we immediately booked a holiday to try and ease the pain of what we had just endured. In truth, we would have probably booked a holiday anyway, it was coming into summer and we do try and get away every year. However, the need for it became ever more important and I must admit that a week in the sun, doing nothing but lying on a sun lounger, reading books and drinking cocktails definitely helped to alleviate some of the heartbreak we had felt only weeks prior.

Before we started our second cycle, we made sure we spoiled ourselves as much as we could. We knew what the next couple of months would bring and we desperately wanted to make the most of our non-IVF life for as long as we could. We went for dinners, enjoyed expensive shopping trips, had day trips out with Roman and generally just tried to live life as much as we could. All in all though, we spent more money than we would have done on any other average month.

Once the second cycle was in full swing and the effects of the hormone drugs had started to take effect, Dave started coming home with flowers, take-away’s and little presents to cheer me up. All were gratefully received and momentarily eased the difficulty of the situation, but again, it was money being spent where it wouldn’t have been under normal circumstances.

After our second cycle resulted in a very drawn out miscarriage, Dave immediately mentioned again about getting away somewhere for a break. We are very fortunate in that Dave has a good job and although I don’t work at the moment, I have a jewellery business which keeps me ticking over, so we are able to afford holidays and weekends away without much effort. We spoke about going to Edinburgh, a city we both absolutely love, in November to enjoy the Christmas markets and Dave said we should push the boat out and get a fancy hotel with a spa where we could partake in some much-needed relaxation. Although that all sounded amazing, after thinking it over I realised how ridiculous it was that every time something went wrong with a cycle we tried to fix it with material things. Don’t get me wrong; we know what’s important in life. We know how lucky we are to have each other, our health, a beautiful home and family and friends who love and care about us, but the pain of not being able to have a baby to complete our amazing life was almost too much for us to bear, so we had got into the bad habit of spending money to try and make it all better. And it does, for a short while. I mean who doesn’t love going to expensive hotels, wining and dining and enjoying spa treatments? But when you come home, the infertility is still here waiting for you; there’s no escaping it, no matter how many expensive holidays you have.

It was then that I realised I actually didn’t even want to go away. Since the miscarriage I haven’t really been sleeping and I had been feeling a bit anxious. I am now getting on top of this by making sure I regularly get out of the house, meet up with family and friends and Roman and I have resumed our daily walks again which has been great for getting some fresh air as well as much needed exercise. However, the only place I want to be is at home; in fact the last thing I want to do is go and stay in a strange hotel somewhere, no matter how nice it is! Sometimes you just have to realise that no amount of presents, luxuries or expensive treats will fill the hole you carry in your heart.

As well as the financial cost, I have also noticed how other areas of my life have suffered because of the IVF. I am very lucky in life that I have lots of friends; everything I have done in life I have picked up friends along the way; school, university, various jobs, friends of friends, and even now this blog. So I know I’m never going to have a shortage of people who send me daily texts asking how I am and being there for me when I need to cry, rant, shout or get drunk with!

However I’ve noticed since beginning the IVF that a couple of friends (and I’m lucky there’s only been a couple!), have changed how they act towards me. It’s almost as if I’m the sad clown now and they think that all I do is sit around cry about the fact I can’t have a baby. It’s like they’re scared to speak to me and are just avoiding me. The bottom line is they think I’ve changed. And the truth is I suppose I have in a way. I’ve changed in the fact that when I got married I had an idea of how our life would go. Along with a lot of other people, I thought we would enjoy a couple years of married bliss then boom, a baby would arrive. A couple of years later, boom, another baby would arrive. Discovering you’re infertile and that life will not go as you had planned is a real hard slap in the face, and of course yes there are times I cry about what might have been, especially considering a few weeks ago I was pregnant and now I’m not.

However, I am still me. I am still the Rachel that I hope my friends would describe as fun, happy and generally a nice person to be around. Just this past weekend we had friends round who we haven’t seen since the miscarriage as they have been on holiday. Of course we talked about everything that happened, but generally we just had a really nice night, lots of wine, laughs and general merriment (the sore heads on Sunday were testament to that!).

I find a couple of friends just don’t even mention to me what has happened; and that angers me. I’m not going to talk about it for the rest of my life but when you think that my miscarriage only finished approximately 4 weeks ago, it’s still pretty raw and of course I don’t want that to be the only thing we talk about, but I want it to be acknowledged and not ignored just because it is uncomfortable for them. Most of the time you just need someone to say “how are you?”. I’m very fortunate however that the majority of my friends have been fantastic and have really pulled me through the tough times. To have friends in life you can really count on is definitely a blessing. After all, friends are the family you choose for yourself. It’s a shame that a couple of people just don’t get it and our relationship has suffered as a consequence.

Another area of your life that can really take a beating throughout IVF is your mental and emotional health. I’ve spoken before about the feelings of failure I’ve experienced since finding out I couldn’t have a baby naturally. Generally in my life I’ve always achieved everything I’ve set out to do. I’ve done really well academically with three law degrees under my belt; I enjoyed a good career before I gave up work and had huge ambitions to climb up the ladder and I met and married the man of my dreams. Of course, as with everyone else, there have been dramas and hiccups along the way, but all in all there was nothing I couldn’t achieve when I set my mind to it. So finding out I couldn’t have a baby was a real shock to me. Of all the things I could fail at in life, this was not something I ever expected.

Dave being the wonderful Dave that he is has never blamed me for this. Just as I would never blame him if we discovered it was him that was infertile. However, I blame myself. I know more than likely I was born this way, there was nothing I ever did in my life that caused my tube to become blocked, however if it weren’t for me we would have a baby, maybe even 2 by now and that is something I have to live with every single day. And let me tell you, those types of thoughts are not conducive to a clean mental health bill, especially when the one thing you can do to try and solve the problem, IVF, is failing too.

At the moment, I must admit that we are both really enjoying having some time off from IVF. Of course we still talk about what happened and what might have been if the pregnancy had continued, and obviously we talk a little bit about the future and what we want to do going forward, but generally we are just enjoying life again. I would say that my body is 80% back to normal, and my mind, well who knows when that will be back to ‘normal’, if it’s ever been normal! However, the effects of IVF are long lasting and I know that even if we do realise our dream one day, I will never forget the process and how much it has taken out of us. Thankfully though, as I always say, our marriage has grown stronger because of this. I think we have both realised how lucky we really are in other areas of life. Yes we don’t have a baby, but aside from that we really have no other worries in life, and how many people can say that? We really are so fortunate in so many ways and we can rest assured that despite all the other costs IVF comes with, something it will never cost us is our marriage. 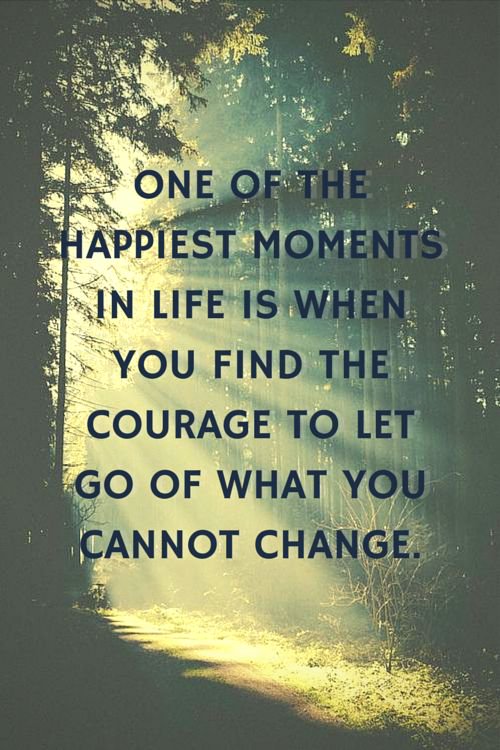 View all posts by Rachel